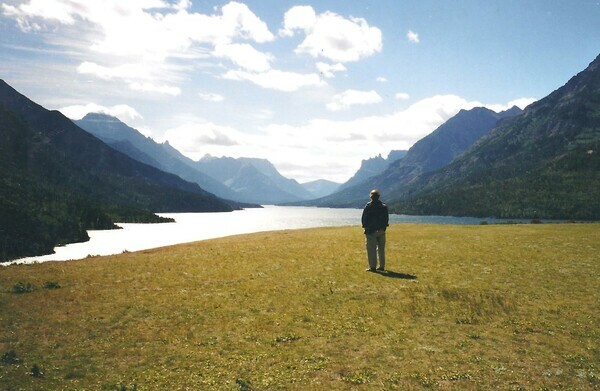 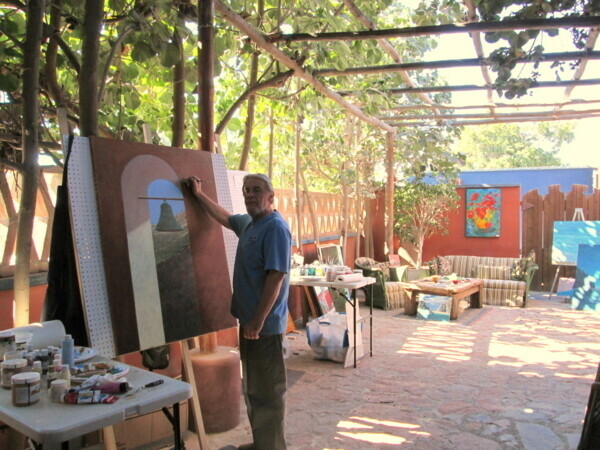 Chris a Canadian  White Rock Romantic Realist Fine Art Painter in BC   is always looking for that authenic gesture or moment in everythiing. His paintings are an exspression of his "Romantic Realist" view of life, not crafty nor painterly.  From scenes of the famous Hotel California, in Todos Santos, Cabo Wabo Cantina ,Cabo San Lucas, Baja, a monk arranging flowers in a monestery in Hong Kong, a classical pianist or a vintage clothing shop, Chris's engaging style is evident in his perfected usage of the illusive color changes and natural compositions. Using landscapes as a language, Chris incorporates imagery and symbolism to his art to reflect his own unique expression. Chris started as a Stanley Park artist in Vancouver

Born into an artistic family in St. John, New Brunswick on the east coast of Canada, Chris was surrounded by the arts from a young age. His father was a jazz musician and mother a playwright, His grandfather was an illustrator, so it never occured to him that he couldn't do it. He assumed everyone was an artist.

This sense of inner confidence has taken Chris to places and studios around the world for more than 40 years, offering him a wide range of opportunities to hone his skills and mediums. During his travels he attended Sir George University (Concordia) Fine Arts in Montreal Canada and the Emily Carr School of Art & Design in Vancouver Canada. His works have been exhibited across Canada, the US, Mexico and Hong Kong.

Numerous paintings of his may be found in many corporate collections worldwide.

Over the years Chris has run a few co-op gallery/studios , he also is  the founder of "International Artist Day"  A special day held worldwide each Oct 25th Since 2004 to honor all artists. www.internationalartistday.com

Also Chris is one of the founding members of the San Jose del Cabo Art Walk in Baja Mexico every Thursday night.

As an international Canadian artist Chris spends his time as a  White Rock Artist in  B.C. Canada   when not on tour.

I stand as a conductor, brush in hand Applying the rainbow best I can.

Storms must come, the rage beset, Not crystallized of you as yet. Gently you arrive, the light most bright,

From the swirl and darkness of the fight. At last I have freed you, beloved one, Your radiance flowing, like the sun.

Out of the canvas you arrive, My second love, materialized. This love and the first are sisters of grace, And each in my heart have their place

Often I try and sometimes I dare, To create my own love affair.